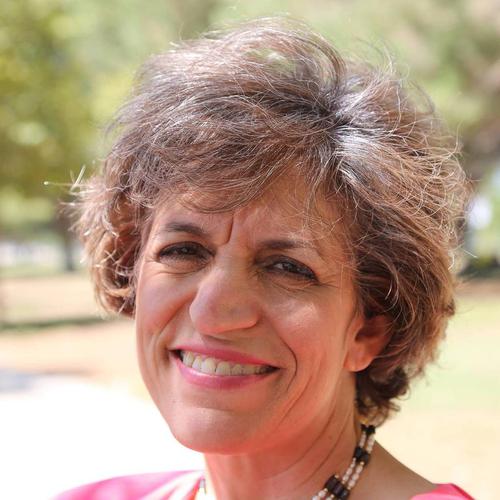 How Speaking on the TEDx Stage Changed My Life

Rosalyn Kahn is a College Professor of Public Speaking at Los Angeles City College. She is also an Author, International Motivational Speaker and Speech Coach.

Ms. Kahn has been an educator for the last 20 years, teaching Public Speaking, English as Second Language in colleges and high schools throughout Southern California. Several years ago, she attended her first TedX conference in Pasadena. She was immediately drawn into the Tedx fever.

Rosalyn worked on the experiential committee of TEDx and thereafter followed her expertise to coach thousands of speakers of which dozens appeared on TEDx. Rosalyn gave three TEDx beginning in 2013 with "Language Comes to Life," 2015 with "Coming Around the Curve," and "Breaking Cultural Barriers" in 2017. Coaching and Professional Speaking began 10 years ago.

Rosalyn has trained thousands of students and worked with individuals from teens to business executives to improve their presentation skills and their earnings. Her gift is helping individuals achieve their goal by speaking with their authentic voice.

In 2020 she was awarded Woman of the Year and recognized by Assemblyman Adrian Nazarian. Los Angeles Tribune ran a cover story on her as a business women. Rosalyn was Nominated and recogized for Los Angeles Business Journal. Last November she was awarded the Kindesss Award by the Global Society of Female Executives which carries Presidential Distinction. Rosalyn recorded over 100 interview on IGTV called Community to Unity. This January her show, Rosalyn Kahn will air on a Network TV Station, KXLA. Finally she received her DTM in Toastmasters which less than 1% receives

Rosalyn has spoken at several thousand organizations. She has worked with clients in the hospitality and real estate industries and coached executives in athletic world at major Southern California universities. She spoke in Rome, Italy on her 1st book. She was interviewed on both Saturday morning CEO radio and television. Several years back she joined forces with Ferlie Almonte, a TV interviewer from the East Coast, to conduct the Stand Out and Shine workshop to help people get on a TEDx stage and get their dream job. Since then she has spoken at TEEN Trepco –Helping Teens become Entrepreneurs, and MC for the San Diego International Film Festival. She recently helped bring Chinese Yu Opera to Santa Monica College. In addition, she spoke at the Universal City and North Hollywood Chamber.

Rosalyn has appeared regularly on numerous radio show, and podcast as guest and host . In 2021 addressed over 11 countries internationally during the pandemic. Everyone who interviewed hers says she is a natural with an exuberant amount of energy and spunk. Rosalyn closed off the World Association Young Leaders recognizing 50 international youth. Furthermore addressed NGO stage and later awarded the Global Humanitarian Excellence-2021 by the Global Child Mission-India by Prince Pagidipalli.

By clicking 'Accept', you agree to the use of cookies. To learn more see our Privacy Statement.